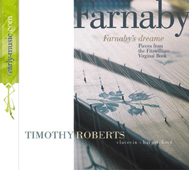 British keyboardist Timothy Roberts has had for the past two decades a career as a soloist playing harpsichord, organ, piano and also clavichord. Principal keyboard player with the Gabrieli Consort and Players, Mr. Roberts has accompanied many notable singers, including, Emma Kirkby and Charles Daniels.

The Fitzwilliam Virginal Book is by far the largest and most valuable treasury of English keyboard music from the 16th & 17th centuries. Farnaby’s music has a spontaneity and charm few of his contemporaries can rival.

It’s impossible to listen to Roberts’s performances of the justly popular “Woodycock” or the astounding “Fantasia” FVB No.233, without acknowledging that this is one fabulous composer and one fabulous harpsichordist as well.
Jonathan Saville, San Diego Harpsichord Society

20 pieces from the Fitzwilliam Virginal Book 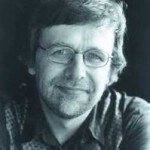