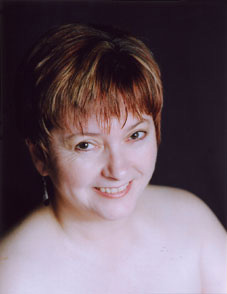 Recognized as one of North America’s leading performers on recorder and historical flutes, Toronto-born Alison Melville began playing the recorder in a school classroom in London (UK). Trained in Toronto, London and in Basel as the winner of numerous awards from the Canada Council for the Arts, her career as a soloist, chamber musician and orchestral player has taken her across Canada and the USA and to Iceland, Japan, New Zealand and Europe. Her extraordinary breadth of experience as a performer comprises solo and chamber music recitals; music for dance, theatre, film and television; orchestral work with modern and period instrument orchestras; concerts in venues more varied than you can imagine, from Boston’s Jordan Hall or Tokyo’s Bunkamura Theatre to inner-city schools, ferry boats and prisons; musical repertoire from the 12th to 21st centuries, composed, arranged and improvised; and music from Celtic and Scandinavian traditions. She plays medieval, renaissance, baroque and modern recorders; renaissance, baroque and classical flutes and one-keyed piccolo; and Norwegian seljefløyte.

A member of the Toronto Consort and Ensemble Polaris, Alison Melville appears regularly as a soloist and orchestral player with the Tafelmusik Baroque Orchestra; she can be heard on their JUNO Award-winning recordings of Bach’s Brandenburg Concertos and orchestral music of Jean-Philippe Rameau, and on numerous other Tafelmusik recordings on Sony, Analekta and CBC Records.

Together with Colin Savage, Alison co-founded and co-directs Baroque Music beside the Grange, a chamber music series which has presented over 178 concerts in one of Toronto’s oldest historic churches.

In frequent demand as a guest performer with other chamber ensembles, orchestras and festivals across North America, she has played on over forty CDs, including four critically acclaimed solo recordings. Alison’s playing has been heard on numerous radio stations including the CBC, BBC, NPR, Radio New Zealand and the Iceland State Broadcast Service, on the soundtracks of films by Atom Egoyan, Ang Lee and Amnon Buchbinder, and for several years she was a fixture on CBC-TV’s ‘The Friendly Giant.’

Her adventures with the world of early dance have included collaborations with several of North America’s leading historical dancers, including Catherine Turocy, Elaine Biagi Turner and Ken Pierce. And last but not least, her recent explorations in arrangement and composition have been heard across Canada and the USA in Peter Hannan’s ‘900 Years of Music,’ the ‘Post-Medieval Syndrome’ project, and with Ensemble Polaris.

Alison Melville teaches at the Oberlin College Conservatory of Music (Oberlin, Ohio) and at the University of Toronto’s Faculty of Music.

More details of Alison can be found on her site: alisonmelville.com

Alison is a member of early-music.com, a site committed to the promotion of some of the world’s finest early music artists.

Additional discography for Alison Melville, not available for sale through the early-music web-site, can be found here..