View Cart “TELEMANN – Tafelmusik (first production).” has been added to your cart. 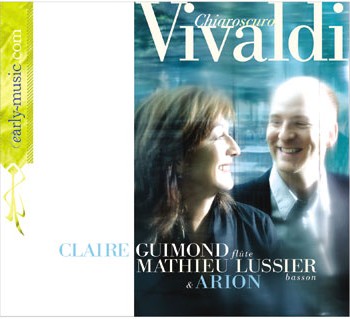 It is with pleasure that early-music.com presents this recording entirely dedicated to Venetian composer Antonio Vivaldi. The CD contains four bassoon concertos and two flute concertos, together with a concerto for flute and bassoon entitled ‘La notte’. For this recording, Arion performs as a chamber ensemble of 9 musicians and features bassoonist Mathieu Lussier and flautist Claire Guimond.

This recording project was preceded by a tour of concerts in Montreal and the surrounding area, and was awarded the Public’s Choice award by the Montreal Arts Council in recognition of its excellence.

This recording is a delight: full of energy and Vivaldi at his best. It is truly vivid Vivaldi and I think before you play The Four Seasons yet again you might want to try something new and fresh—and just as worthy.  – Kemer Thomson, San Diego Harpsichord Society

Concerto in a minor for bassoon, strings and continuo RV 497 (F.VIII no.7)

Concerto in a minor for flute, strings and continuo RV 440 (F.VI no.7)

Concerto in e minor for bassoon, strings and continuo RV 484 (F.VIII no.6)

Concerto in B Flat Major for bassoon, strings and continuo RV 503 (F.VIII no.35) 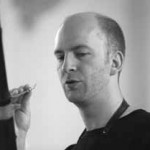 Mathieu Lussier is one of the most active early music bassoonists in North America. He is called upon to act as principal bassoon with such ensembles as Montreal’s Arion Baroque Orchestra, Quebec city’s les Violons du Roy and Cleveland’s Apollo’s Fire and he is frequently invited to perform with Toronto’s Tafelmusik Baroque Orchestra and the Boston Early Music Festival Orchestra. Mathieu Lussier teaches baroque bassoon at McGill University and modern bassoon as the Université du Québec à Montréal and is also very active as a chamber musician, notably with the Ensemble Pentaèdre of Montreal, Toronto’s Caliban Quartet of Bassoonists and the Musica Franca Ensemble.

Mathieu Lussier is also a composer and his works are regularly performed in concert in North America, Europe and Australia. His works Bassango and Valstango, for bassoon quartet, have been recorded by the Toronto Caliban Quartet for the Norwegian label BIS international. As well, his work titled Promenade à Venise, a commission by the ensemble Les Idées heureuses was premiered in Montreal in October 2003. His Five Caprices for bassoon, following their recording by bassoonist Nadina Mackie, were the subject of a master class at the prestigious Curtis Institute of Philadelphia.

Mathieu Lussier is a member of early-music.com, a site committed to the promotion of some of the world’s finest early music artists.

A recipient of numerous awards and grants, Arion has toured extensively throughout Canada, Europe, Mexico and the United States. The autumn of 2006 was the occasion for Arion to tour Japan during its first Asian tour.

Mathieu Lussier wishes to thank the following people, without whom this recording project could not have happened :

Claudia Berardi for the energy, expertise and exceptional support she invested in this project.
Claire Guimond for her trust and enthusiasm and most of all, for her extraordinary participation and the refinement of her performance. Jean-Pierre Lussier for his undying support since day one, and for his precious financial support without which this project could not have been carried through.

We would like to thank ING Insurance for its precious financial support.
The colour pictures were shot in Montreal’s Centre CDP Capital, to whom we express our deepest thanks.
We acknowledge the financial support of the Government of Canada through the Canada Music Fund for this project.